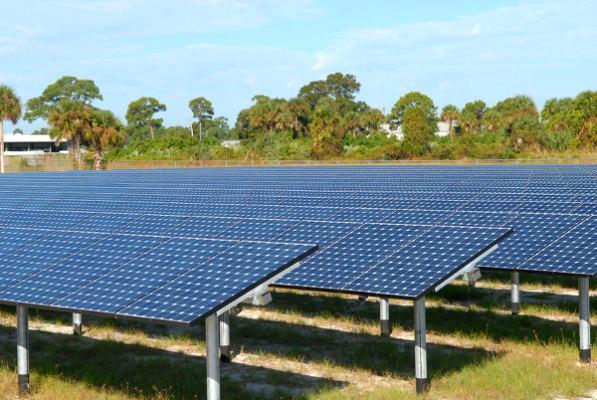 We are like tenant farmers chopping down the fence around our house for fuel when we should be using nature’s inexhaustible sources of energy – sun, wind and tide.… I’d put my money on the sun and solar energy. What a source of power! I hope we don’t have to wait until oil and coal run out before we tackle that –Thomas Edison

THE sun’s level of hotness is 27 million degree Fahrenheit, which is 60,000 times the temperature of an oven, when one is baking a pizza. A powerful source of fuel, the sun provides us with solar energy.

According to experts, if all the solar energy that reaches the earth’s surface can be captured, they will continuously run a 25-inch TV on every square meter of the earth and still have leftovers. But instead, what humans prefer using are coal, oil, and natural gas, sources that are non-renewable, and will sooner than later, run out.

Science has shown that if we continuously use oil and gas, they will run out in the next 50 years while coal will ‘disappear’ in the next 115 years. Beside, coal, oil and gas are polluting the planet earth and destroying its ozone layer, hence worsening the climate change crisis.

According to scientists, solar energy will not be exhausted even in the next 5 billion years; a statement to its renewability.

Other renewable sources such as water and wind, if you combine all their energy, it’s going to be less than one percent of solar energy. Overall, the sun gives off far more energy than we’ll ever need. The only limitation is our ability to convert it to electricity in a cost-effective way.

Solar energy and solar electric system: Anything produced by the action of the sun is called solar. Solar energy is the energy produced from the sun. Solar power, is simply the use of solar panels to convert solar energy into electrical energy using special materials such as silicon, while solar panels are photovoltaic modules that convert light from the sun to electricity (DC Energy).

Thankfully, the Nigerian government has recently acknowledged this potential and announced that it will focus on developing its solar power infrastructure in its bouncing back from the COVID-19 economic plan.

The writer, strongly believes solar energy is the best form of generating electricity because it is a renewable, clean source of power generation, CO2-free, and has no fuel burn. Also, solar power is scalable.

This means that it can be deployed on an industrial scale, or it can be used to power a single household. When it’s used on a small scale, extra electricity can be stored in a battery or fed back into the electricity grid.

With solar electricity, a constant power supply (24 hours of electricity) can be easily obtained as far as the installation is being carried out by a good solar designer and installer. The main reason why people are disc

ouraged from installing solar in their homes, and places of work, among others is because they think solar installation is expensive and unreliable, which is not so in reality. The initial cost of solar is quite expensive but the maintenance and operational costs are very cheap.

After solar installation, there will be no additional or extra expenses as compared to the endless buying of generator fuel and also the continuous charging of grid electricity meters. A good properly installed solar can last for about 25 – 30 years. If the total cost of generator fuel or grid meter units is summed up for 25 – 30 years (life span of solar), it would be apparent that solar energy is more economical than the generators and grid electricity we use regularly.

The awareness here is that it’s possible to start enjoying solar power with the little resource a consumer has rather than having nothing. And this is one of the fascinating ways of minimising the cost of solar power generation. For a country like Nigeria, solar power is what she must turn to, as it is the key to a clean, reliable and sustainable energy future.

*Farouk, a graduate of Electrical Engineering, wrote from Wuye, Abuja, via: slimumar14@gmail.com